skip to main | skip to sidebar

Take A Long, Hard Look In The Mirror 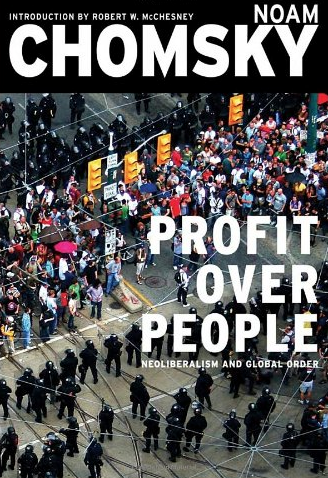 Excerpts below from Robert W. McChesney's introduction to Profit Over People: Neoliberalism and Global Order by Noam Chomsky, published 1999 by Seven Stories Press:

... That is neoliberal democracy in a nutshell: trivial debate over minor issues by parties that basically pursue the same pro-business policies regardless of formal differences and campaign debate.  Democracy is permissible as long as the control of business is off-limits to popular deliberation or change; i.e. so long as it isn't democracy.

The neoliberal system therefore has an important and necessary byproduct - a depoliticized citizenry marked by apathy and cynicism.

On the other hand, to be effective, democracy requires that people feel a connection to their fellow citizens, and that this connection manifests itself through a variety of nonmarket organizations and institutions.  A vibrant political culture needs community groups, libraries, public schools, neighborhood organizations, cooperatives, public meeting places, voluntary associations, and trade unions to provide ways for citizens to meet, communicate, and interact with their fellow citizens.  Neoliberal democracy, with its notion of the market über alles, takes dead aim at this sector.  Instead of citizens, it produces consumers.  Instead of communities, it produces shopping malls.  The net result is an atomized society of disengaged individuals who feel demoralized and socially powerless.

... The corporate news media, the PR industry, the academic ideologues, and the intellectual culture writ large play the central role of providing the "necessary illusions" to make this unpalatable situation appear rational, benevolent, and necessary if not necessarily desirable.  As Chomsky hastens to point out, this is no formal conspiracy by powerful interests: it doesn't have to be.  Through a variety of institutional mechanisms, signals are sent to intellectuals, pundits, and journalists pushing them to see the status quo as the best of all possible worlds, and away from challenging those who benefit from the status quo.  Chomsky's work is a direct call for democratic activists to remake our media system so it can be opened up to anticorporate, antineoliberal perspectives and inquiry.  It is also a challenge to all intellectuals, or at least those who express a commitment to democracy, to take a long, hard look in the mirror and to ask themselves in whose interests, and for what values, do they do their work. 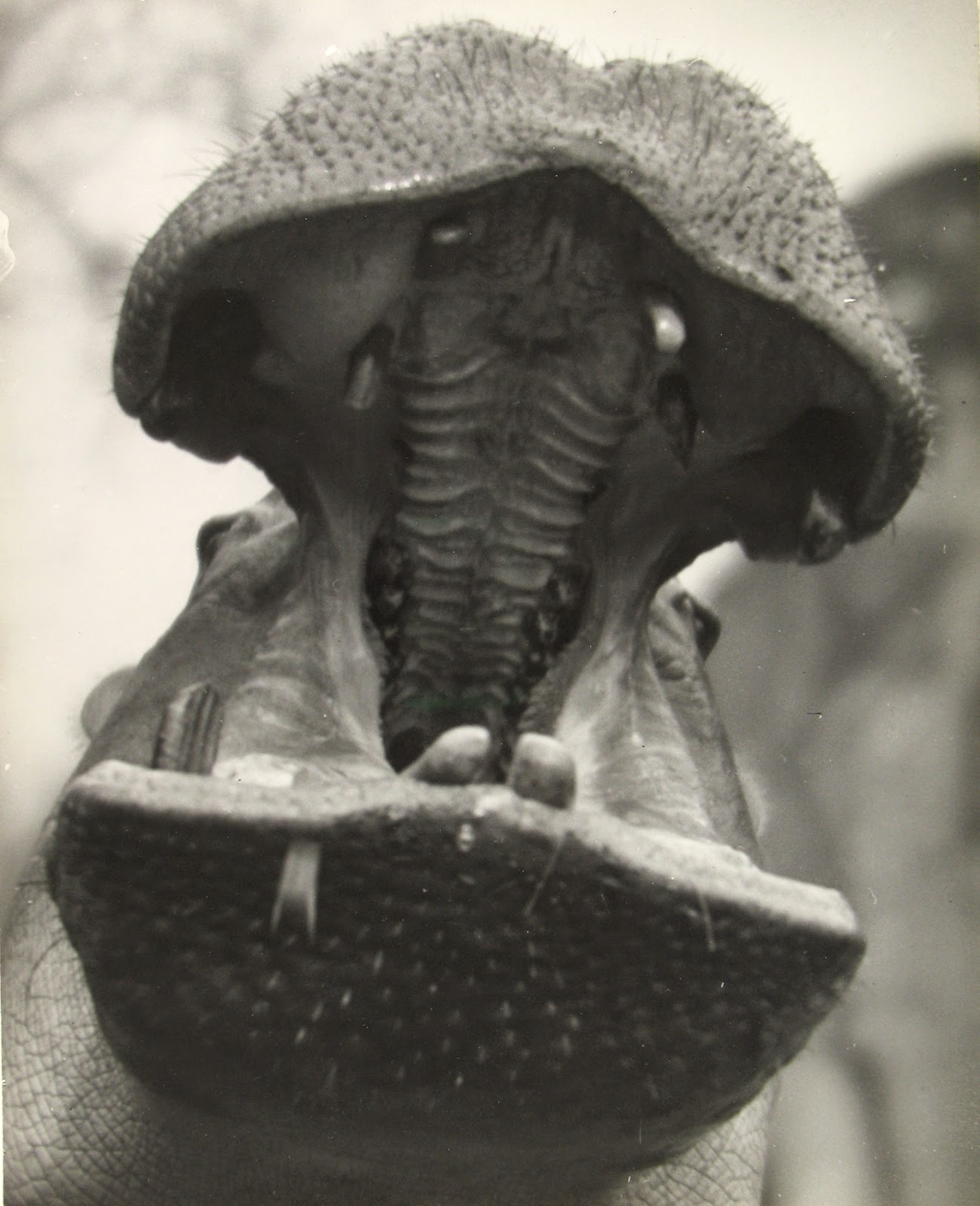 Excerpt below from Devil Take The Hindmost: A History of Financial Speculation by Edward Chancellor, published 2000 by Plume:

Defending his bonds, he (Michael Milken) declared: "Everything we like is junk, junk food, junk clothes, junk records. Everything that stands the test of time is junk."

Collective Faith In An Abstract Symbol 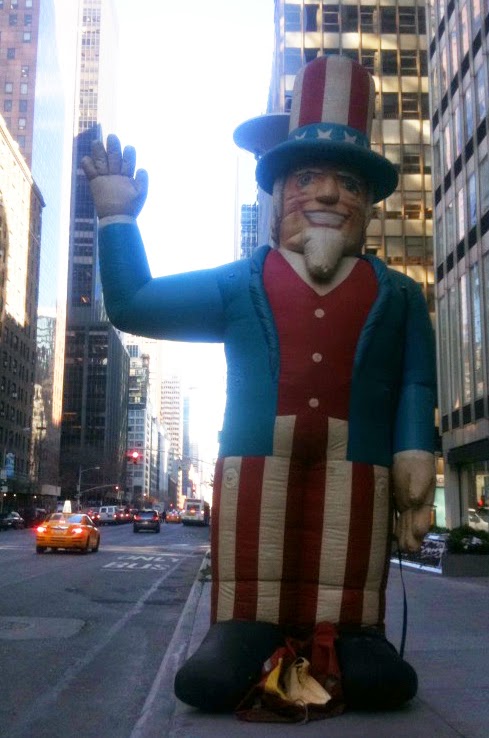 Excerpts below from "In Greenbacks We Trust" by Adam Davidson for the March 1, 2015 edition of The New York Times Magazine:

... I remember a professor of the history of religion once saying that global confidence in the dollar is the greatest example of collective faith in an abstract symbol in human history. The dollar, under the Fed, has achieved something no god, no prophet, no messiah has been able to do.

... Paradoxically, this universal confidence in the dollar is not necessarily good for our economy. Since 1977, the leader of the Fed has had two legal mandates: to keep the dollar's value stable and to maximize employment.  Yellen is doing the first part of her job so well - so much better, in fact, than anyone could have expected - that she's hampering the second part, the one about more of us having decent jobs. Corporations, as a group, are now net savers, with an estimated $659 billion in the bank, an enormous shift from historic norms. Entrepreneurship is flat; the percentage of Americans starting new businesses is near a 20-year low. Venture capital, often seen as the most vibrant part of our economy, collapsed in 2000 and has barely budged upward since. In the language of finance, the world's money is crammed at the safest part of the risk curve. This is bad, because further out on the curve, in the riskier precincts, is where new ideas and new businesses are created.

You Don't Own It 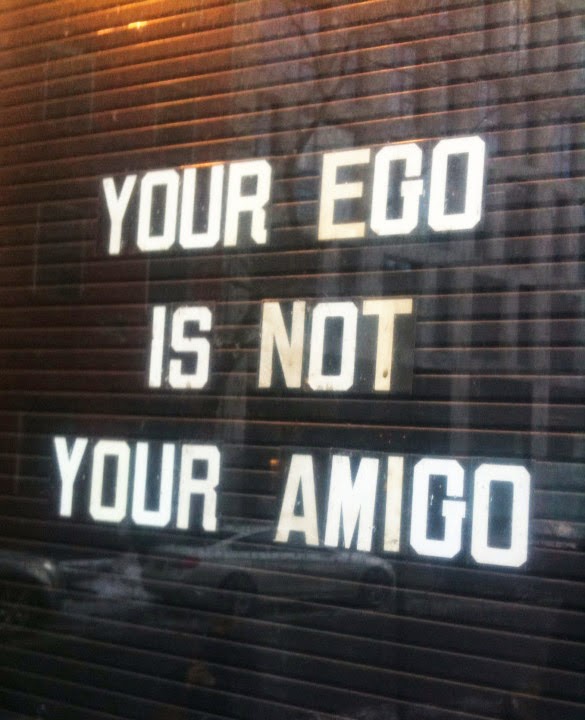 On February 23, 2015, Charles M. Blow writes in an op-ed titled Who Loves America for The New York Times:

Take for instance what Rudy Giuliani (“America’s mayor”) said about the president last week at a dinner for Gov. Scott Walker of Wisconsin (a contender for America’s president). At the dinner — attended, according to Politico, by “about 60 right-leaning business executives and conservative media types” — Giuliani said, “I do not believe, and I know this is a horrible thing to say, but I do not believe that the president loves America.” He continued, “He doesn’t love you. And he doesn’t love me. He wasn’t brought up the way you were brought up and I was brought up through love of this country.”

Yes, Mr. Mayor, it was a horrible thing to say, which is why you backpedaled. On Fox, Giuliani gave a meandering, mealy-mouthed defense of the this vile statement, claiming, preposterously, that “I’m not questioning his patriotism,” explaining that he hears Obama “criticize America much more often than other American presidents” and questioning the president’s faith in American exceptionalism.

In the reader's comments to the op-ed, HeyNorris writes:

Giuliani didn't backpedal. Speaking with Fox's blondest, most popular spokesmodel I mean newsreader Megyn Kelly, he doubled down. When invited by Kelly to apologize, America's mayor-turned-clown refused, saying "I’m right about this. I have no doubt about it. I do not withdraw my words".
He lurched on, ticking down the usual tropes of Reverend Wright, Frank Marshall Davis and Saul Alinsky, like a wind-up version of Donald Trump minus the combover, seeming to come within a, um, hair of demanding a birth certificate.


Kelly, to her credit, pushed back on several points and was visibly surprised at his intransigence. When statements are so absurd that Megyn Kelly raises a botoxed eyebrow, a sane person would know they're out on a limb. Kelly offered Giuliani several lifelines, all refused.


One can only conclude that Giuliani has gone gaga. There's no percentage for him in disrespecting the president. It's not like he can run for any office again, and none occupants of the 2016 GOP Clown Car seem to have any use for him outside of a sideshow attraction for fundraising.


Giuliani also told Sean Hannity that "President Obama didn't live through 9/11, I did". Well excuse me, Rude Rudy, we ALL lived through 9/11. You don't own it. We were proud of you then, but you've spent the intervening years boorishly profiting from your moment, reducing yourself to irrelevancy. That's not love of country either, it's egotism and tactlessness. 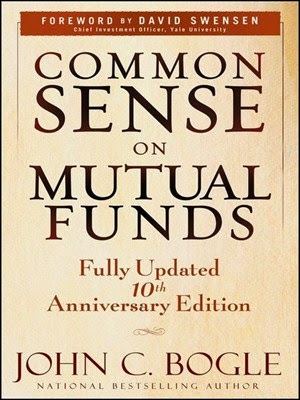 My adversaries had more votes at the company than I did, and it was they who fired me from what I had considered "my" company. The merger - perhaps my first exercise of an entrepreneurial spirit - was a failure. But my failure was not in getting fired, but in jumping on the speculative bandwagon of aggressive investing in the first place. In retrospect, this failing was little short of disgraceful, and I can only be embarrassed about the fact that my determination to move quickly, my naïveté, and my eagerness to ignore the clear lessons of history led me into such an error of judgment. Life was fair: I made a big error and I paid a high price.

Who We Really Are And What We Have Finally Become 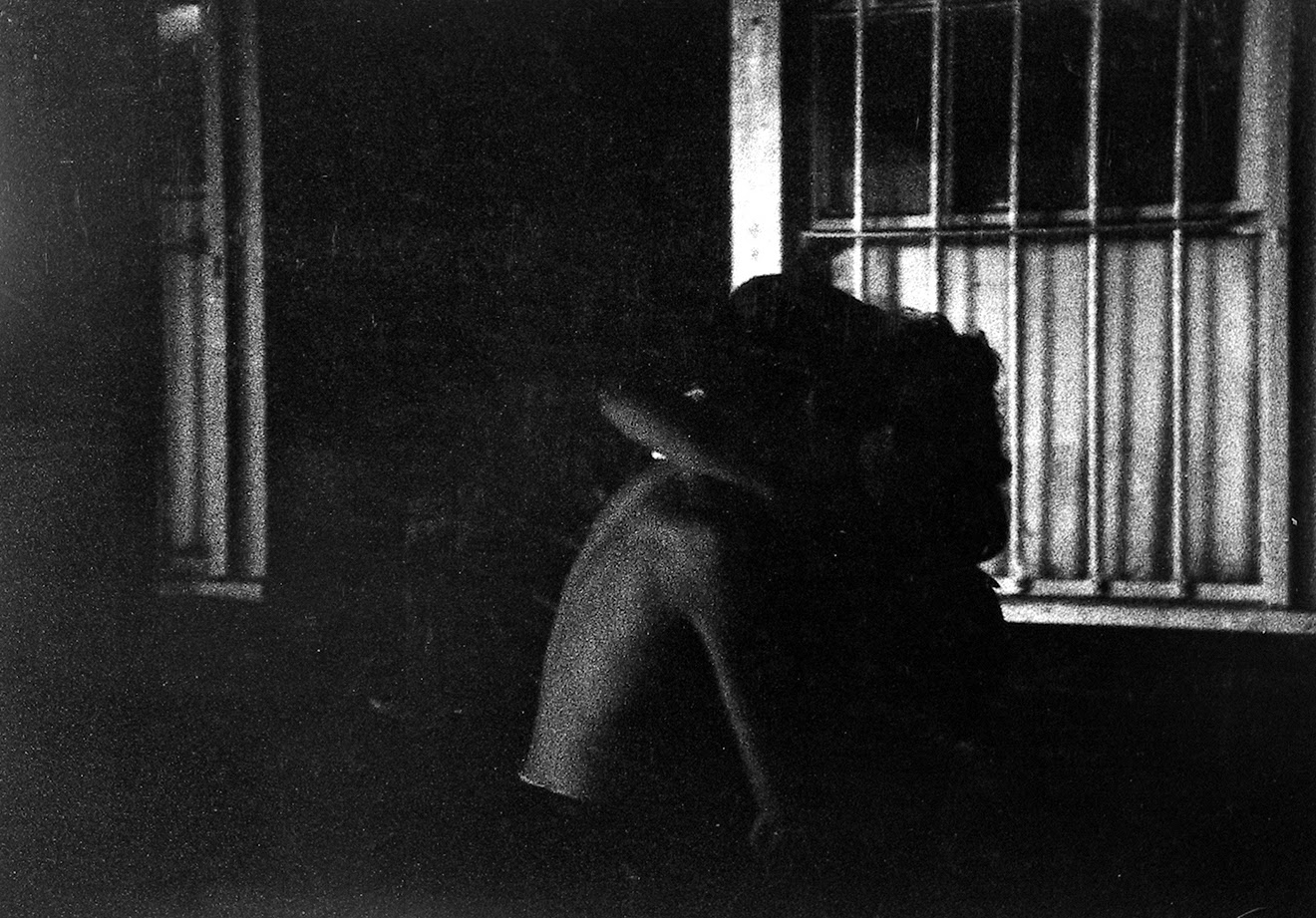 Bruce Davidson
Couple embracing in the dark (from Brooklyn Gang), 1959

From December 11, 2014 through January 24, 2015, the Howard Greenberg Gallery in New York will be exhibiting another diverse Staff Picks show.  Posted here are my thoughts and selections for the exhibition.

The author and philosopher Robert M. Pirsig has written "He thinks of them at night alone with their advertised glamorous shoes and stockings and underclothes off, staring through the sooty windows at the grotesque shells revealed beyond them, when the poses weaken and the truth creeps in, the only truth that exists here, crying to heaven, God, there is nothing here but dead neon and cement and brick."

The photographs I have selected by Bruce Davidson, Roy DeCarava, William Gedney, Dave Heath, and Saul Leiter all cut through the supposed darkness of the night.  It may be that only at this late hour will we learn firsthand who we really are and what we have finally become. 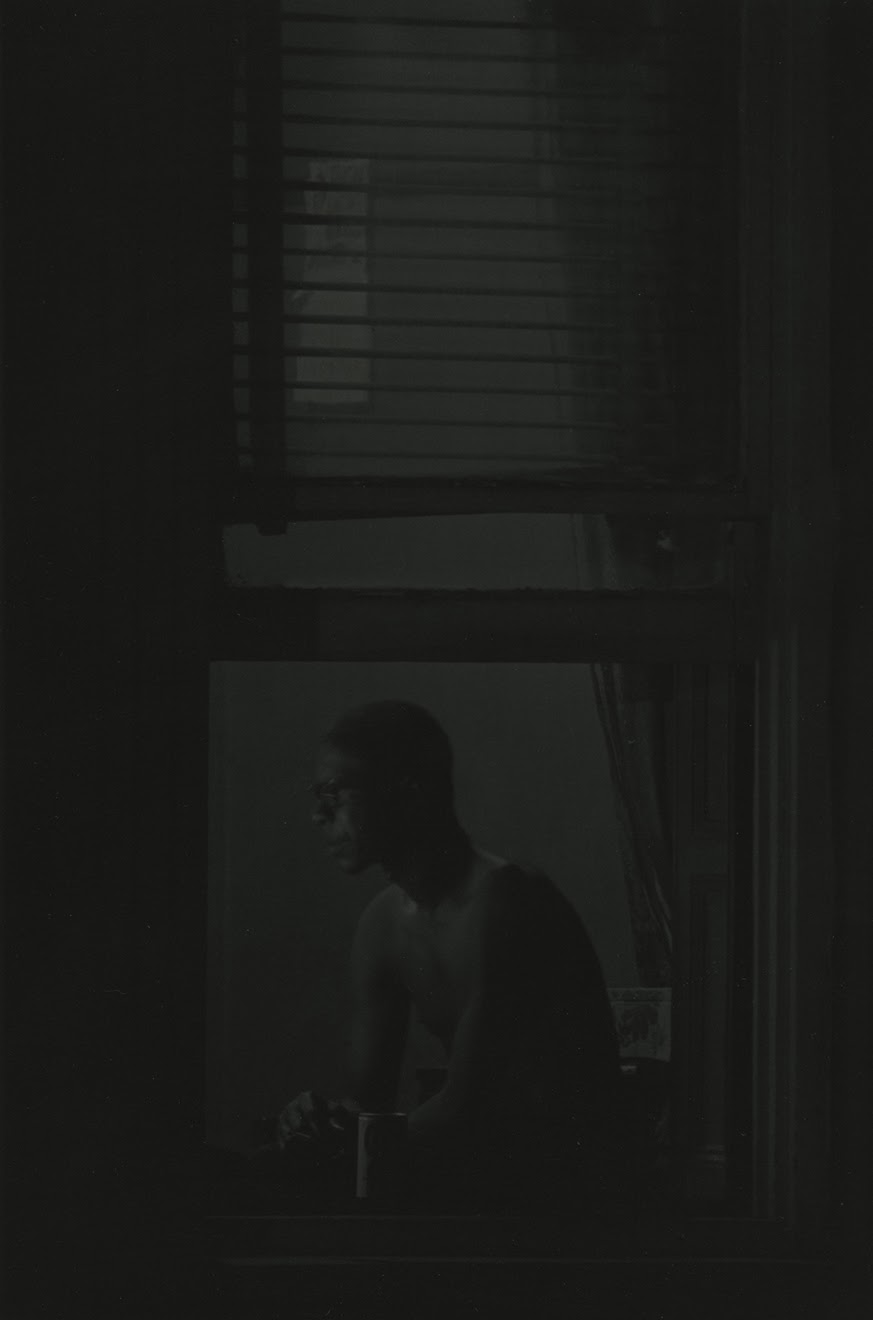 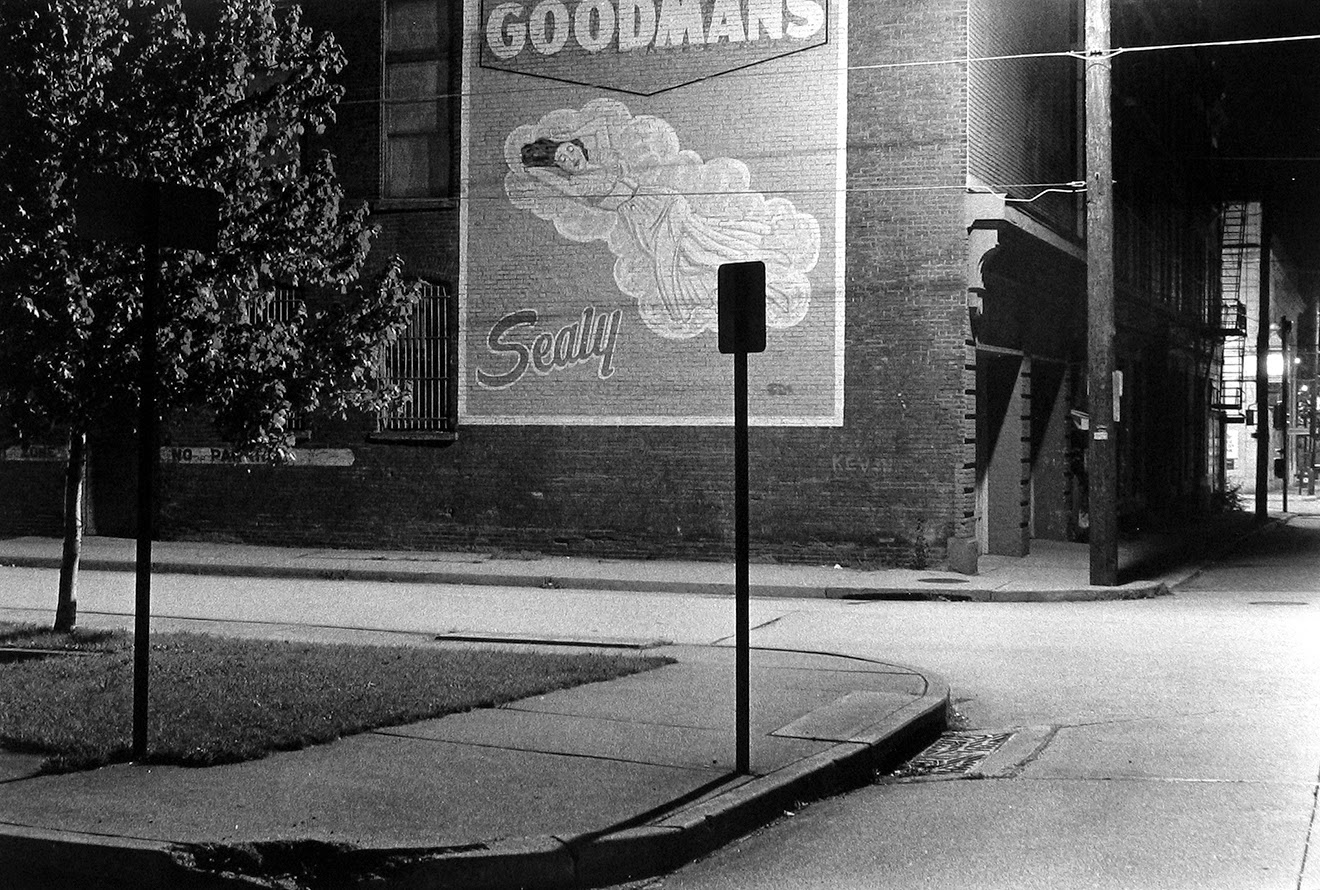 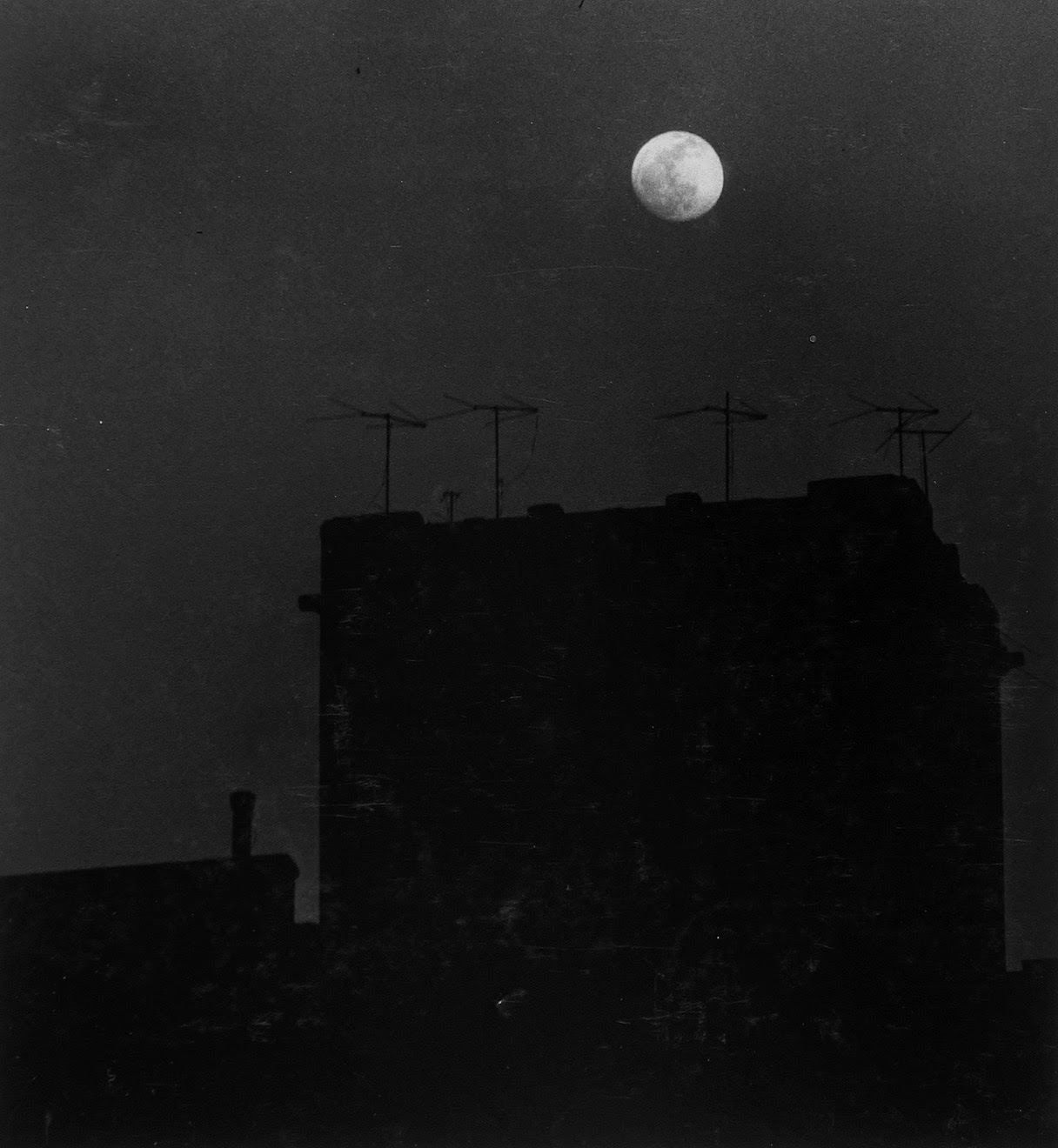 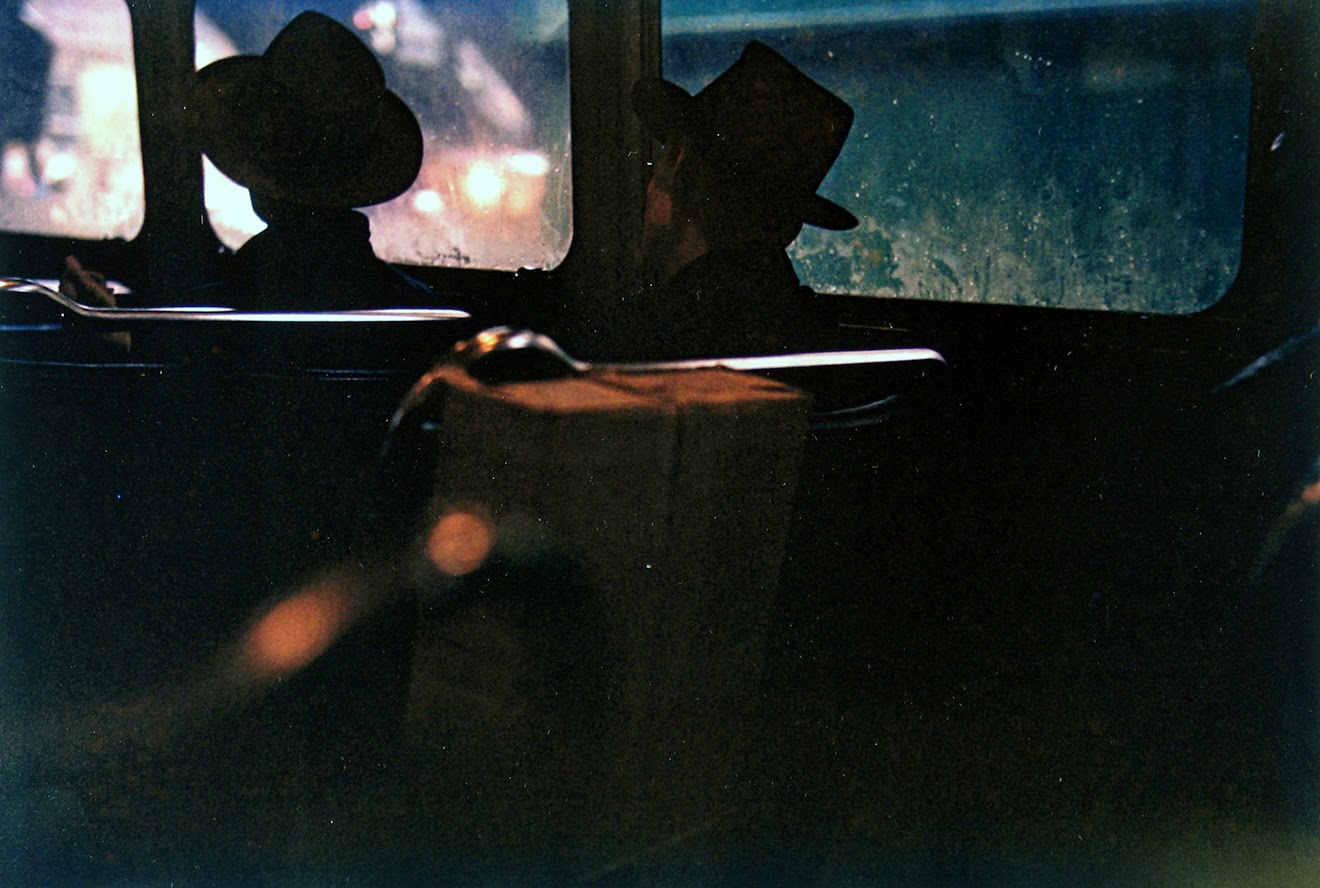 ABOUT
Created by the art and design team of Anna Tan and Pak So, our blogs are dedicated to sharing the joy, beauty, and humanity of the world we live in. Life is found in the details.

Pak So is an artist, writer, and the Director of Operations at the Howard Greenberg Gallery in New York City.
Anna Tan is an award winning Design Director who has successfully completed creative projects for major companies and clients in the travel, arts, entertainment, retail and publishing industries.
Pak and Anna are currently producing an upcoming title for Trips of Wonder on the business capital of Tokyo, Japan.

Most of us want to reach an end, we want to be able to say "I have arrived at self-knowledge and I am happy"; but it is not like that at all.  If you can look at yourself without condemning what you see, without comparing yourself with somebody else, without wishing to be more beautiful or more virtuous; if you can just observe what you are and move with it, then you will find that it is possible to go infinitely far.  Then there is no end to the journey, and that is the mystery, the beauty of it.
- Jiddu Krishnamurti